Jason Momoa is an American actor, producer, and model who rose to prominence with his long-running roles in the popular television series ‘Stargate: Atlantis and ‘Baywatch Hawaii’.

His performance as Khal Drogo in the hit TV series ‘Game of Thrones’ boosted his popularity miles further and propelled his career to a bigger level where he secured the attention of major film producers and mainstream audiences.

Jason was a model before anything else. It was the international fashion designer Takeo, who discovered him and encouraged him to push forward on the path of modelling.

Being a good-looking young man with an overall attractive physical appearance, it did not take him too long to get to the top of his career as a recognized model and was at one time named Hawaii’s Model of the Year.

He walked the ramp at different prestigious fashion shows before switching over to acting where he has been doing so well since his debut.

His performance in the highly successful film Conan the Barbarian paved the way for him and made him eligible for more roles, making him a very busy movie star.

He started by bagging the lead role in the television series Baywatch Hawaii in 1999, which he earned after beating more than a thousand other actors that had auditioned for the role.

When the show came to an end in 2001, Jason decided to take a break from the screens and tour the world. He discovered Buddhism on one of his trips and went back to his country to focus on his career and other personal things that matter.

Born Joseph Jason Namakaeha Momoa in Honolulu, Hawaii, United States, he is the only child of his parents, a painter named Joseph Momoa, and his wife Coni.

He was born on August 1, 1979, and his mother raised him in Norwalk, Iowa, where he read marine biology during his days in college.

Later on, he made a major move and attended Colorado State University where he changed his major to wildlife biology.

Jason has travelled extensively since his days as a young man. He was introduced to the tenets of Buddhism in Tibet and learned pastel painting in Paris.

A young Jason was minding his usual business when he was spotted by the international designer Takeo Kobayashi who admired his looks and motivated him to go for modelling.

Jason did what he was told, and was a hit in the showbiz area to the extent of getting the prize of Model of the Year in Hawaii in 1999.

He soon switched to acting and bagged his first role in the television series Baywatch Hawaii. He was working at a Surf Shop during this time.

His performance did not go unnoticed and he soon made a major appearance in his debut film titled Johnson Family Vacation.

He was offered roles in a lot of muscle-bound science fiction movies and action series mostly due to his strong physique and energy.

He was cast in the hit television series Game of Thrones where his stellar performance as Khal Drogo won him many fans and praises, and also got him nominated for several prestigious awards.

In 2014, he turned producer and made his first film titled Road to Paloma, which received a fair share of attention. In 2016, he was seen in Discovery Channels’ historical drama series called Frontier.

He founded a movie production company called Pride of Gypsies. There is a short film in which his own life has been beautifully depicted.

The film, titled Canvas of My Life was produced by his company and another company Carhatts Handmade Films.

He has been a major force in the film industry in the last few years, bagging roles after roles. We’ve highlighted some of his best movies in the next section below. 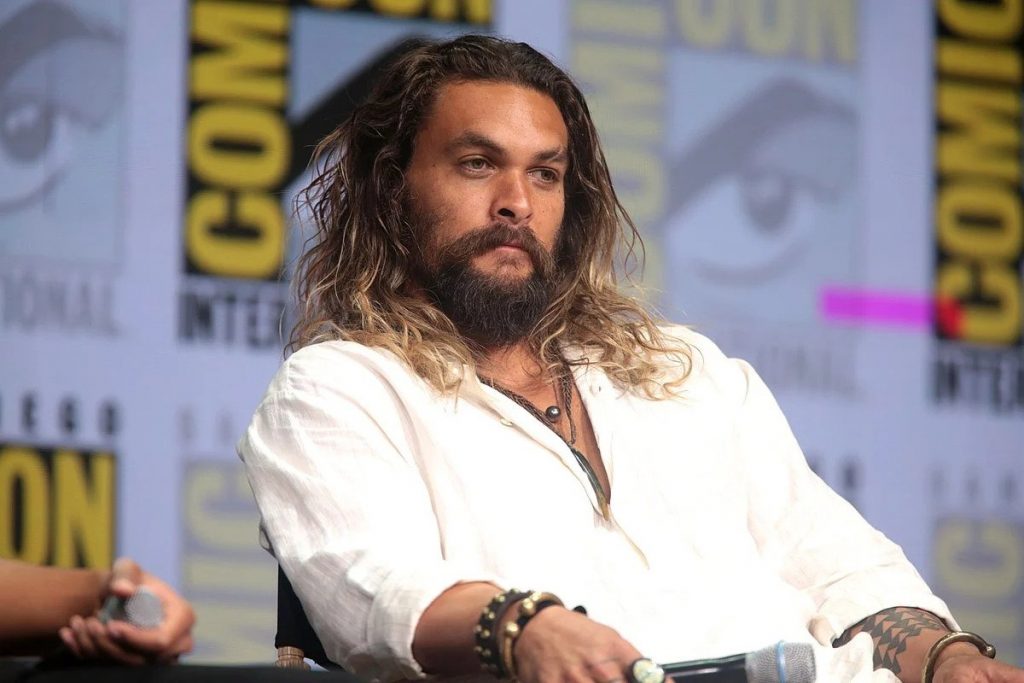 Momoa has been seen in a long list of movies in which he played his part to the best of his ability, gave out stellar performances and won the admiration of fans, filmmakers, and also industry colleagues. For all of his efforts, he has been appreciated and has won a few awards as a sign of this.

He has been nominated for several prestigious awards in the United States. He won a screen actors guild award in 2012 and won a CinemaCon rising star award.

The former Hawaii model of the year was also honoured to host Hawaii’s miss teen contest when he was just 19 years of age. In December 2017, he was featured in Men’s Health magazine.

A daughter named Lola Iolani Momoa was born in 2007, and a son, Nakoa-Wolf Manakauapo Namakaeha Momoa, who was born the following year.

The actor carries a scar on his face, which is visible in some of his works. He got the scar from a fight that happened at the Bird Café in Hollywood in 2008 when a man cut his face with broken glass.

The aftermath of that incident is a serious injury which made him receive 140 stitches and earned him his scar.

The 41-year-old handsome hunk with green eyes likes to talk about his fitness routine. He has always been known to maintain a great physique.

Standing tall at a height of 193cm, Momoa weighs 106kg and bears an overall impressive frame which has been cited as a role-winning factor for him.

We can easily agree that this gifted American actor has come a long way in his life. From a teenage model in his hometown in Hawaii to a world-famous film star, Jason Momoa has been fortunate in his life.

So far so good, he hasn’t been associated with enough controversies to dent his image, and all he has managed to assemble in his years of appearing on our screens is wealth, and more wealth, and fame.

Though we aren’t able to publish his salary details and earnings at this time, Jason has accumulated enormous wealth, not just by acting but also from his film production company which is said to now be worth many millions of dollars.

His affluence makes it possible for him to garner a number of properties in his native Hawaii, and in other parts of the country including a costly house in New York and a collection of exotic cars.

Jason Momoa has a net worth of $25 million as of 2022. Being one of the most handsome actors in the game, this man had his chances with many big roles, which he took up with courage and shined with.

Now enjoying a happy marriage with his wife Lisa who he has been in a relationship since 2005, and their two kids, there is not much that this man would worry about, as his accomplishments are there to speak for him, and his career is still running and provides him with the means to cater for his family.