Networtharena The Celebrity Net Worth Arena
Home Singers The Weeknd Net Worth : See How the Singer Makes Money

Many people are familiar with the name “The Weeknd” especially because he has been making top-charting hit music in the last few years.

The Canadian singer and record producer who goes by the real name of Abel Makkonen Tesfaye got mainstream attention when he started posting his songs on the popular video streaming and sharing platform known as YouTube using the username “’The Weeknd’.

Inspired by the legendary pop star Michael Jackson and others like Missy Elliot, Timbaland, and Aaliyah, Makkonen dedicated a part of his life to making music from the onset.

He made several mixtapes which he published for free on his own website. The mixtapes were titled ‘Echoes of Silence’, ‘House of Balloons’, and ‘Thursday’, and they secured a fanbase for him.

Being a shy person naturally, he hardly made any public appearances nor used his own pictures in any of his works. All that soon became history after he gained confidence over time.

His songs have gone worldwide today, and he has paired with many top stars in the industry to make hit songs. Some notable names he has worked with include Drake, Kendrick Lamar, Beyonce, Lana Del Rey, Kanye West and Ed Sheeran.

The Weeknd net worth is many millions of dollars today, and this article covers everything from his biography to his life story from boyhood to stardom, so read on to discover more about the one and only Abel Makkonen Tesfaye whose fashion style and unique music pattern has won hearts from different corners of the world.

The Weeknd, born Abel Makkonen Tesfaye, is the son of Ethiopian immigrants Makkonen and Samra Tesfaye who moved to Canada in the 1980s.

He was born on 16 February 1990 and was raised by his mother and her own mother as his father, who he doesn’t remember left the family when he was less than two years old.

To be able to cater for the family, his mother worked as a nurse while attending school at the same time.

Makkonen grew up knowing just the Amharic language which he learnt from his grandmother. He also learnt French from the French class he attended till eighth grade.

However, he dropped out of one and got kicked out of the other after 6 months. He decided to find his way so he moved out of his family home and went to live with some friends in their one-room house.

His career started after a meeting with Jeremy rose. They collaborated on some songs together and the Weeknd was deeply inspired and encouraged by their friendship. While Rose played the instruments, The Weekend would freestyle to the beats.

These events were recorded and uploaded on YouTube by The Weeknd. Sooner than expected, his name was all over the media and his fans started to grow. In no time, he released his first mixtape titled House of Balloons, and it did well commercially.

The success he had acquired prompted him to start going on tours and doing shows, which led him to meet fellow Canadian singers and rapper drake and they bonded perfectly and did some music together.

The Weeknd went on to release two more mixtapes, Thursday, and Echoes of Silence, which were both commercially successful and further catapulted the RnB singer to popularity.

In 2010, he brought forth his debut studio album titled ‘Kiss Land’. The album did well enough to debut in the second position on the Billboard 200.

In 2015, his fans were thrilled as he released his second album “Beauty Behind the Madness”, and it claimed significant positions on many charts in several countries.

The album was named the most streamed of the year 2015 and was also certified double platinum. The Weeknd has continued to show force in the music industry and pulls a lot of audiences wherever he goes.

He is notable for releasing many top charting singles and has worked with big names like Drake, Kendrick Lamar, Beyonce, Lana Del Rey, Kanye West and Ed Sheeran. 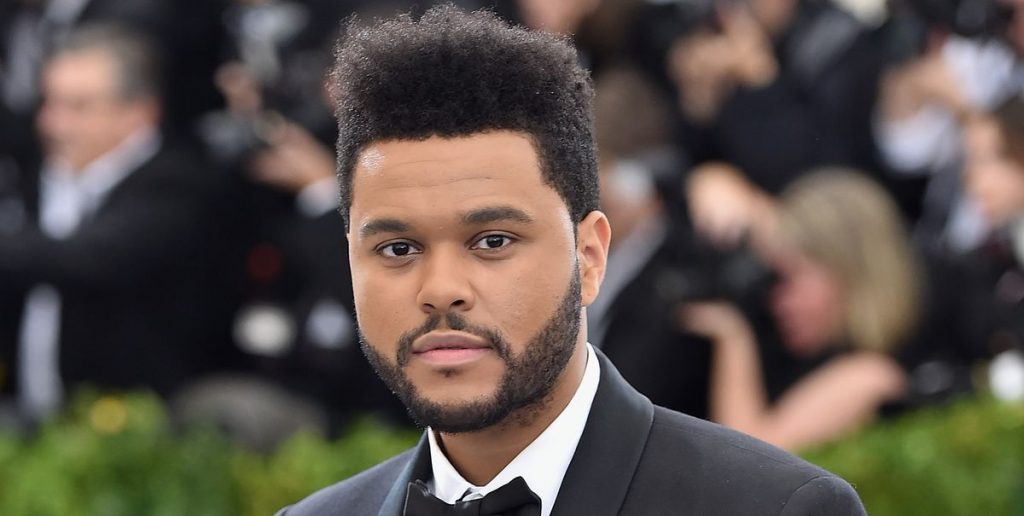 Abel Makkonen has never turned back since he entered the music world. His efforts have seen him nominated for several prestigious awards, which he ended up bagging a good number of.

In 2015, he joined the ranks of Taylor Swift, Elvis Presley, and The Beatles after his song ‘The Hills’ replaced his other chart-topping track, ‘Can’t Feel My Face’, on the chart of the ‘Billboard’ Hot 100. He is the 12th person in history to have two tracks on the top of the list back-to-back.

He has won an Academy nomination and two Grammy Awards, as well as several others. The album ‘Starboy’ became the top album in 80 different countries within a day of its release, and this is quite an achievement for any singer in this age where the industry is saturated with many great talented artists.

The Weeknd has never been married. Currently 30 years old, he has been in a number of relationships, especially with high-profile names like Selena Gomez and Bella Hadid. He is 173cm tall and has a weight of 85kg.

The Weeknd Net Worth

Known for his melodious voice and admirable fashion, The Weeknd has made his way up the ranks in the music industry, finding his way into the position of one of the wealthiest, highest-earning singers in the world today.

His fortune has been acquired primarily through record sales and tours. He also receives an impressive salary from endorsing brands, and also from running business ventures.

As of 2022, The Weeknd net worth is $300 million. He has made it as an accomplished music star and producer against all odds and obstacles. He is indeed an inspiration to many upcoming entertainers around the world today.